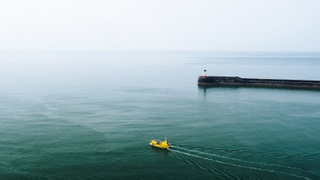 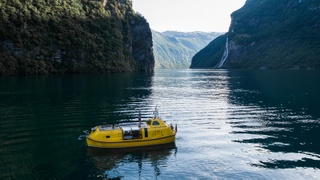 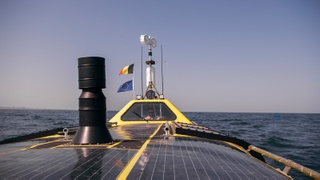 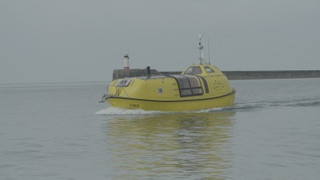 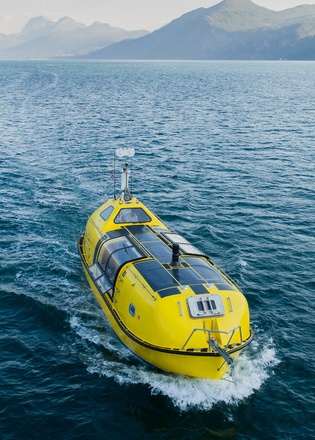 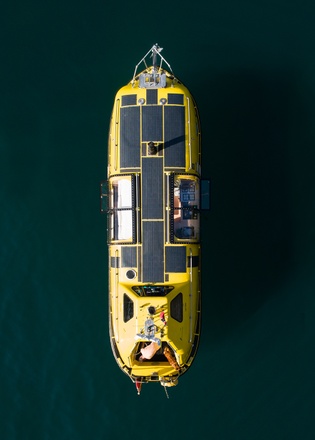 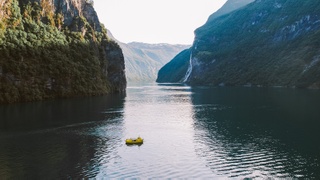 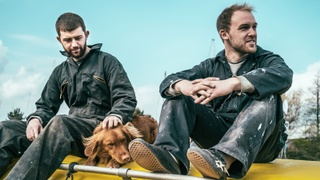 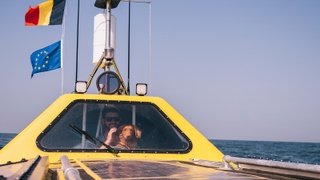 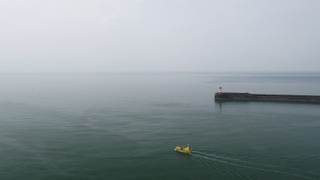 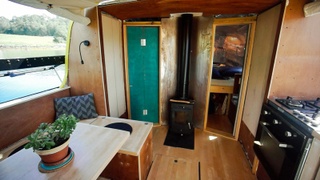 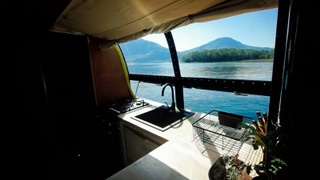 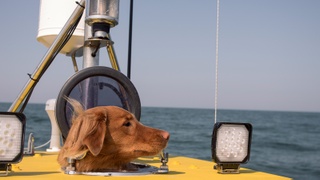 St?dig: How Two Architects Transformed a Ferry Lifeboat into a Home with Hygge

Architect Guylee Simmonds explains how he refitted a 100-person ferry lifeboat into a home with Hygge and embarked on a four-month trip to the Fjords with a dog called Shackleton.

Seven long years of architectural training were drawing to a close when friends Guylee Simmonds and David Schnabel began planning a celebratory hiking trip in Norway. “It was an escape for us from the mundane working life we were in,” Simmonds explains. “But then it grew in scale.”

The lightbulb moment came about after Simmonds found a small community of oil rig lifeboats that had been converted into house boats on the waterways of the UK. The fire was lit. Simmonds began considering buying and converting a commercial lifeboat and using it to travel 5000km to the Norwegian Arctic. To keep costs down, Simmonds and Schnabel would undertake the bulk of the refit work and approach sponsors to help fund the adventure. With the plan in place, all Simmonds had to do was persuade Schnabel. “I convinced him it was a good idea,” Simmonds says. “We had to work out the reality of finding a lifeboat, the particulars of the route, the safety and how we wanted to approach the design.”

Instead of hiking, the new plan was to use the refitted lifeboat to explore the fjords of Norway. “It was our desire to explore Norway and its thousands of islands from the water and we wanted to combine that with our interest in design and the opportunity to convert a utilitarian space,” Simmonds explains. Now all the pair needed was to find a lifeboat of their own.

Simmonds soon got wind that the lifeboat fleet on board the CalMac ferry MV Clansman was to be decommissioned in favour of inflatable alternatives. “They had spent 20 years on the side of a ferry, designed for the worst conditions but never really got to live up to their potential,” Simmonds explains.

The pair seized their chance, bidding a total of ￡7,000 for one of the retired lifeboats at auction. Equipped with its original engine and with a rescue capacity of 100 people, the lifeboat had never been used. They named it St?dig,after the Norwegian word for steadfast. “It had really low hours and had been well maintained.” After its final ferry service, the boat arrived at Lochin Marine shipyard in Newhaven in March 2018. Now the hard work really began.

Simmonds and Schnabel’s wanted to set off in time for summer 2019. With this deadline in mind, they scaled down their day jobs to part time and worked on the boat in the evenings and weekends. It was up to them to complete all the work; from the plumbing to the electrics. “That was part of the ambition for us as architects,” Simmonds explains. “We often get to design things but not to actually do any of the work.”

Another reason was to keep costs down and make sure they were both fully equipped to troubleshoot the boat along the way. “As we were doing a long voyage, we wanted to make sure we were able to get to the bottom of problems quickly,” Simmonds says.

As well as making sure the boat was seaworthy, the pair set about redesigning the interior, ripping out the existing layout and replacing it with two double cabins, a sitting area, kitchen, toilet, shower, wheelhouse and stern cockpit. Creating this outdoor space was one of the biggest jobs of the entire conversion and saw Simmonds and Schnabel cut off the stern, replacing it with a fibreglass cockpit. The boat’s original tarpaulin meanwhile was replaced with Perspex windows, a job Simmonds describes as “by far the most technically difficult part of the conversion."

The refit took just over a year but by the end, Simmonds and Schnabel were satisfied. “The conversion was part of the enjoyment of the project as a whole and means that we now really understand the boat, which is a good feeling and added to the satisfaction of the project.”

As summer approached, it was time to put their hard work to the test. With Simmonds’s Nova Scotia duck tolling retriever Shackleton on board, the three crew mates finally set off for Norway. Their route took them along the south coast of the UK towards Dover before they crossed the busiest shipping lane in the world.

St?dig skirted the Belgian and Dutch coast, passing through the Kiel canal into the Baltic. They progressed up the Danish and Swedish coasts before crossing Skagerrak at the lower tip of Norway. Here St?dig was tested by three to four metre swells. “That was our hairiest passage but that made it even better when we finally got here,” says Simmonds, who was pleased with how the lifeboat faired in the conditions. “We have a 30mm thick fibreglass hull that has been tested against concrete walls so you don’t have to worry about the state of the boat,” he says. However, he adds, that he and Schnabel "couldn’t help but be aware that we’d done the work ourselves.”

Despite this, Simmonds, Schnabel and Shackleton safely arrived into Bergen soon after. “That’s when our trip really started,” Simmonds says. “We then had 3,000 km of fjords and islands to get through.” Thanks to the lifeboat’s shallow 80cm draft, St?dig is able to many reach places yachts are unable to access. The trio took their time meandering through the remote landscapes of Norway before settling in Troms? for the winter, four months after leaving the UK. Simmonds has joined a local architect’s firm while Schnabel continues to work from the boat.

When the winter thaws, the pair plan to set off again, using the boat to reach some of the most remote skiing fields in the country. “There are some places you just can’t reach by road,” Simmonds says. In the summer, the pair are considering a longer trip to Finnmark, which sits in the north of Norway. Beyond that, the future remains unclear. “This is just another life cycle of the boat,” Simmonds says. “We might do another passage on the boat or sell it to someone else so that they can undertake adventures of their own.”

Metis: Inside The 63 Metre Benetti Superyacht

Excellence: On Board the Abeking & Rasmussen 80 Metre Superyacht

Connect With Us On

Back to previous page